You are here: Blog:: Eidam & PartnerAllgemeinHierarchies in South Korea

A lot of companies are headquartered in South Korea, including Samsung, Hyundai and Kia. Thanks to the recent years’ average economic upswing of 3%, South Korea currently ranks among the most important economic nations in the world. Its amount of international collaborations has correspondingly increased, and contact between international companies and their Korean business partners is becoming increasingly important.

That’s why, in this week’s blog post, we’d consequently like to provide you with some fundamental information on the entrenchment of hierarchy in South Korean business: The Korean economy is strongly influenced by hierarchy and is based on Confucian traditions. Among other things, this means that employees and younger people should pay particular heed to their superiors and elders. Excepting contacts between friends, all interpersonal relationships in South Korea are characterized by social distinctions. It’s consequently important [especially for foreigners] to incorporate their own behaviors into the hierarchical ranking and to adapt to prevailing power relations.

In day-to-day relations, this markedly pronounced hierarchy occasions create respect and obedience to superiors and older people. On the one hand, a higher-ranking person fundamentally enjoys more authority, as their words and opinions hold more weight. On the other hand, superiors have an enormous responsibility to their employees in a patriarchal relationship structure. The Korean language has at least five different levels of address that are used depending on people’s affinity and proximity. 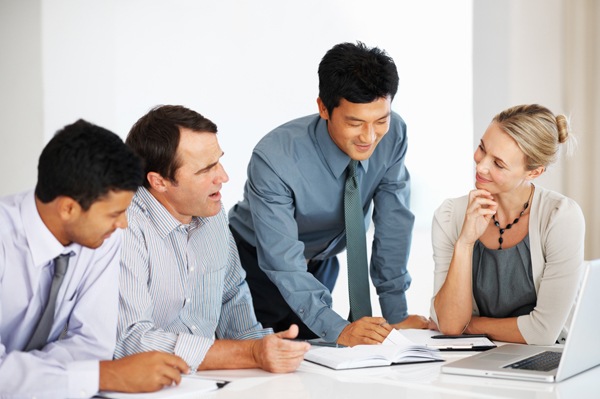 In everyday working life, you can often observe superiors demonstrating an authoritarian leadership style that’s met by corresponding behavior from employees. It’s thus uncommon to deviate from bosses’ opinions, to criticize them or to hold controversial discussions with them. Individual initiative, which is based on autonomous action, is also seldom seen among South Korean employees.

During contact with business partners, it’s very important to know the partners’ respective hierarchical positions in order to know the appropriate measure of respect and how much authority you yourself hold. The most important differentiating status criteria you can use to recognize people’s positions are in general: sex, age, marital status, years of employment, position within the corporate hierarchy and formal education level.

At this point, we’d like to provide you with a few more specific tips for your everyday working life in South Korea.

You can find more useful information on the everyday working life in South Korea and other exciting cultures like the USA, France, China or Russia, among others.