You are here: Blog:: Eidam & PartnerAllgemeinSocial Etiquette in the USA

Social Etiquette in the USA

Americans measure the world by somewhat different standards. A simple example of this is literally the units they use to measure. While most of the world uses centimeters, meters and kilometers, Americans use inches, feet and miles. Other examples include how they handle sexuality, nudity and alcohol, which are rather hidden in everyday life, even if the media world suggests otherwise. The topic of weapons is also much more present in America. But where do these different views and standards come from?

In many respects, Americans find no fault with things Europeans see as circuitous. Because of the country’s European roots, one would expect major similarities between the American and European societies. Yet this is a fallacy in many respects, as the USA’s founders considered the country a stance against Europe. That’s why it’s important to understand the logic behind American conventions and not to impose the usual standards.

Different handling of proximity and distance often leads to misunderstandings between Germans and Americans. Americans tend to appear very open and immediately speak informally with one another. On the other hand, though, they rigorously guard their private spheres and always keep a safe distance. So what does this mean for your everyday work and the way you deal with Americans? 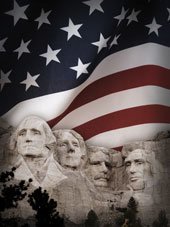 Although it’s considered normal in the US to speak informally with bosses and for bosses to always seem approachable, the relationship between employees and supervisors is not quite so relaxed. American supervisors take care that the hierarchy is respected.

A high degree of respect often exists between individual hierarchical levels. Among other things, this has to do with the fact that power is achieved through performance in American eyes. They believe that those above them have worked hard to get there and have earned the recognition of their hierarchical subordinates. That’s also why power is often more practicable there. Leading employees in the US is normally a top-down process.

Relaxed interaction between colleagues also has strict limits, as suggestive jokes and light contact could lead to complaints of sexual harassment. Americans observe a sort of mandatory friendliness, but that doesn’t equate to an invitation of trust or disrespectful behavior. Having some nice small talk with a new colleague in passing doesn’t automatically mean that you have to sit with him or her next time you see each other in the cafeteria. That would seem like a forced long encounter, which Americans often perceive as unpleasant.

Caution is also advised when it comes to small talk. Having a relaxed meal with a business partner is small-talk territory in which no one should feel criticized or aggrieved. Controversial topics such as politics [Republicans or Democrats?], patriotism and religion should thus be avoided. Suitable topics include sports, work, movies and weather.

Of course, these are just a few tips for dealing with business partners and colleagues from the US. If you want truly sustainable occupational competence, we recommend taking our cross-cultural training on the USA with one of our experts.