You are here: Blog:: Eidam & PartnerAllgemeinProper names and forms of address in Russia

Proper names and forms of address in Russia

Names are extremely important in Russia. Even with simple greetings such as “Good afternoon” or “Good morning”, when people’s names are known, those names are usually mentioned. Read in today’s blog post about what should be kept in mind when addressing Russians and using Russian names, as well as what this can mean for your everyday business in Russia.

Russians seldom use their last names. They’re usually only mentioned during initial introductions. Much more important is the so-called patronymic – made up of the first name of the father and an appropriate ending [e.g., “ovich” or “evich” for men, “ovna” or “evna” for women]. The patronymic is mentioned after the first name.

But what does this look like in practice? Here’s an example: Let’s assume a woman’s first name is Ekaterina, her last name is Pavlov, and her father’s name is Ivan. Her full name would be Ekaterina Ivanovna Pavlova. Please keep in mind that the “a” at the end of the last name is only for female members of the Pavlov family. If Ekaterina had a brother named Boris, he would consequently be introduced to you as Boris Ivanovich Pavlov.

A first-name basis is unusual

If Ekaterina were greeted by a colleague or acquaintance, he or she would most likely say, “Dobri den, Ekaterina Ivanovna.” These days, good friends tend to address each other with first names only, but a first-name basis is pretty unusual on a business level in Russia.

In modern Russia, the patronymic is slowly losing importance. The form of address “formal ‘you’ + first name” is also becoming more popular. The informal form of “you” is used more commonly than it was just a few years ago, although its use is seldom directly offered. It rather tends to come up during discussions, most often during social gatherings. But the patronymic hasn’t been completely forgotten. Its use continues to be common during official introductions and occasions.

The use of “gospodin” [Mr.] and “gosposcha” [Ms.] plus the last name tended to be frowned upon until just a few years ago. The reason for this is that this form of address was often associated with nobility and thus also with “class enemies”. This is why the term “tovarisch” [comrade] was used as a title in the Soviet Union. 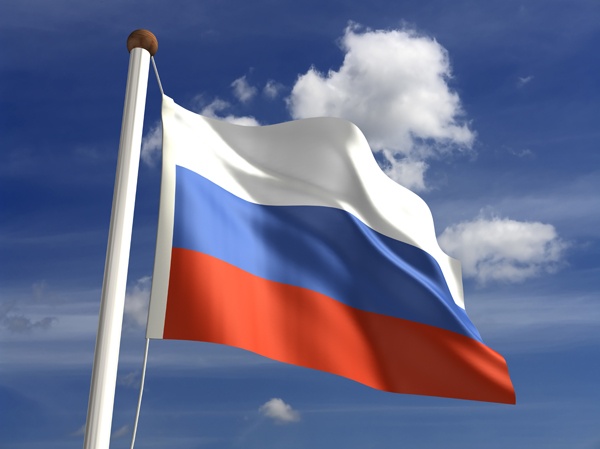 Nevertheless, people in Russia are beginning to adapt to Western conventions in this regard. For instance, the chancellor of Germany is introduced without fail as “gosposcha Merkel” at official occasions. The form of address “gospodin/gosposcha + last name” will also probably be bestowed on you in the beginning. One reason for this is that your business partner won’t know your father’s name. Another is that he or she wouldn’t dare call you by your first name. This awkward moment is often avoided by Russian business partners  introducing themselves with their first names. You can then continue to address them the same way.

Incidentally, you can learn your business partners’ names faster by taking the trouble to study their business cards, which are ubiquitous in Russia. This is worth it, because a lot of value is placed on politeness and the proper form of address. And this doesn’t just apply in the business realm. Think about how you would be addressed in Russia. Your name might sound a bit odd with a Russian form of address, but don’t be afraid to introduce yourself this way. It may even score you some appreciation for your good knowledge of Russian manners.

If you’re interested in other topics such as collaboration, meetings, presentations or negotiations with foreign business people, we recommend taking our cross-cultural training for more than 80 different target countries.