You are here: Blog:: Eidam & PartnerAllgemeinThe image of Germany abroad

The image of Germany abroad

According to a global study run by the GfK market-research institute, Germany enjoys a particularly high degree of respect throughout the world. What’s more, in many countries German qualities count as exemplary. So what exactly makes something “typically German”, what’s the image of Germany in other countries – and which areas of the business world pose a special challenge for foreign people coming to Germany?

Typical stereotypes that are held in foreign countries critically describe the Germans as dominant, impatient, pedantic, without any sense of humor or emotion – at least that‘s the way it used to be. While enjoying considerable respect, Germans have in the past not been particularly popular, well organized, but somewhat stiff. At the same time, how­ever, most of the reputed German traits such as hard work, discipline, and effi­cien­cy leave a positive impression.

The once negative image of the Germans among foreigners has been steadily on the decline, and there is an ever-growing interest in Germany and its people. Many recent studies have shown this. As a language, for example, German is becoming increasingly popular, a fact reflected by the rising number of students worldwide who are taking German language lessons at the Goethe Institute. And major sports events such as this year’s European Athletics Championships held in Germany also have left a good impression on countries abroad.

The tourism sector is booming 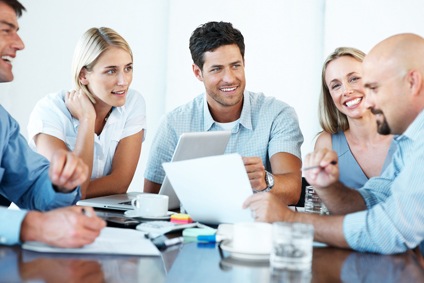 The tourism sector is also growing, with constantly increasing numbers of visitors to Germany, who thus further boost the country’s positive image. For the first time ever, the number of overnight guests has exceeded the 70 million mark. And here it’s not just cities like Berlin, Munich, or Hamburg that are so popular, but also unique sights such as Neuschwanstein Castle that draw the crowds.

In many countries, for example China, the image of Germany is predominantly a positive one, with the people there linking the country with positive characteristics like punc­tuality and reliability. German products and brands à la “Made in Germany” such as Siemens, Volkswagen, and BMW are a hallmark for quality and thus act as ambassadors for a positive image of Germany abroad.

All the same, it’s not always easy for non-German employees to familiarize themselves with German cultural standards. This is where we step in, with our list for you of the most important aspects that might lead to misunderstandings and problems when dealing with foreign POCs in the German business community:

It goes without saying that we’re able to offer you sustainable cross-cultural trainings on Germany for your foreign employ­ees too. These courses not only give your new colleagues a detailed guide through the dos and don’ts, they also provide them with the essential background information on issues of particular interest, for instance on business topics such as employee leadership, negotia­tions, and important hints on how to interact with customers in Germany. One of the most impor­tant aspects for us in this regard is that we help your foreign colleagues to familiarize themselves with their new situation as simply and swiftly as possible, com­mu­nicating action competence to ease their way in the everyday working environment.